Nancy, a girl in her mid teen years, was gang raped by 3 guys on her way back from school.

She lived in a remote area and had extra classes after school.

Going back home in the dark streets, she was apprehended by a group of three guys who raped her without mercy.

Fortunately, she survived it and was taken to the little hospital in the neighborhood where she was treated until she was fit again.

The area was such where rapists go scot-free and the raped face social stigma.

In Nancy’s case, she was so stigmatized that she had to leave the area to live with her aunt in the city.

At least, she found peace staying with her aunt who was loving and caring. Not anymore did she have to be stigmatized.

Life continued, And though it wasn’t easy to get over what had happened.

She found strength and was able to overcome depression and it likes.

Months had gone since Nancy came to the city, she had heard several stories of how many other girls had been raped, and sadly enough, some lost their lives in the process.

She got disturbed and was passionate about putting an end to rape by making sure rapists face the law.

She was also interested in giving back hope to the raped.

At 18, Nancy took a bold step and founded the “End Rape” organization.

Through this, she’s been able to save thousands of lives and as well gotten rapists arrested.

She had been broken but yet she’s retained her beauty.

Probably, you are in that situation where hope seems to be so far away from you.

Hold on, you may be broken now, but that doesn’t mean you’re destroyed.

Melon seeds can never be used for cooking soup until they are first broken and grounded.

If it doesn’t get peeled through a form of breaking, its potential won’t be maximally used.

The almighty Nigerian Egusi soup wouldn’t be if these melon seeds aren’t crushed.

I know it seems like there is no light at the end of the tunnel, just wait a little longer and you will see a ray of light in that darkness.

I want to show you how you can get the beauty of you shining brighter and brighter even while you’ve been left to your own tent.

How do you acquire more beauty after being broken?

No matter what happens to you, always be ready to accept all of it with a positive mindset.

Always see the good in that bad situation. Look closely, and you’ll discover that all those times were actually for your betterment.

You’ll discover that you’ve found amazing strengths in your weaknesses, not just that, you’ll also realize that you’ve gained experiences which will help you grow tremendously.

Do you remember the cliché, no pain, no gain?

The journey to greatness is always that way.

Imagine what would have happened if Nancy wasn’t raped, of course, she wouldn’t start-up the “End Rape” organization, and she wouldn’t have achieved much in life.

You see, your pains have not come to kill you, they’ve only come to make you stronger, bolder, and tougher.

Remain strong, find strength in your weaknesses, use them.

Make your pains pay you, don’t let those pains waste.

Pains are precious, they are essential to man’s greatness.

The melon seed too has to endure pains if it must become soup.

It must be crushed and grounded and that’s what makes it valuable.

Allow your pains make you valuable. You might be broken, but don’t lose your beauty in it.

3. Be with the right people

The person or people whom you listen to during your pain time largely determines how useful your pain will become.

Why do you think Nancy had to leave her remote area for the city?

Obviously, staying back there would have permanently killed her spirit, and yes, she might not be able to go through all those stigmatization plus the depression she experienced.

She might have committed suicide, who knows? Thank God she left.

Her aunt was supportive and no doubt, she stood by her during those tough times.

The people who you spend time with can affect your success.

Your association is a reflection of how far you’ll go in life.

Make friends with people who will urge you to keep moving when you feel like giving up.

People who constantly points you to the goal, people who give you reasons you should never waste your pain.

Being friends with the wrong people will only make your life meaningless.

If Nancy had a friend who belonged to a cult group, what do you think would have happened?

We all know that the friend will see Nancy’s rape case as an opportunity to lure her into cultism.

“Once you join us, we’ll help you get back to those guys who raped you,” “If you had been one of us, you wouldn’t have been raped”

And, you know what?

Nancy might start considering those suggestions because, at that time when the wounds were still fresh in her heart, she would definitely want to pay those guys back.

And then, at the end, she’ll join the gang and become a notorious street girl.

Fortunately, she didn’t have such friends.

That’s how much effect our associations can have on us.

Keep the right friends, they decide how beautiful you’ll be after getting broken.

Fortunately, she didn’t have such friends. That’s how much effect our associations can have on us.

Keep the right friends, they decide how beautiful you’ll be after getting broken.

And then, at the end, she’ll join the gang and become a notorious street girl.

Be like Nancy, refuse to let your past or present predicament stop you from making the best out of your future. You know, a broken bowl can still make a beautiful flower vase.

Hold on a little. Hope for the best and allow your pains birth gains.

You know, a broken bowl can still make a beautiful flower vase. Hold on a little. Hope for the best and allow your pains birth gains.

Don’t give up yet! The world awaits you.

Have you been broken before? What was your reaction when you feel broken, depressed and frustrated? What were the steps you took when things turned bad?

Chidera is a Writer, Speaker and Teen Life Coach who helps teenagers find their fire and become the best version of themselves. She is the founder of Smart Teens Network. A platform dedicated to raising the next teen generational leaders. 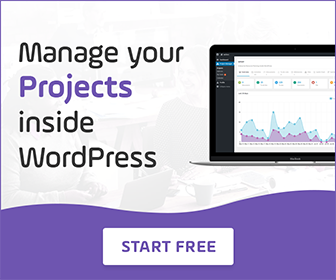 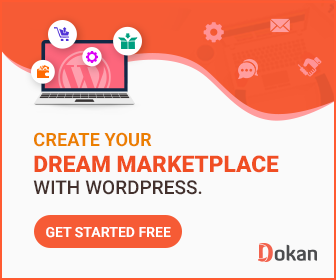