My Journey To Sanity After Being Raped (by Lorraine Reguly)

One of my Facebook friends and fellow writers asked me, “What was your journey to sanity like after being raped?”

I responded, “That’s not an easy question to answer, as it took years for me to get there.”

Today I am going to share my story with you and try to answer this question more in-depth.

When I Was Raped

I was raped when I was a 14-year-old virgin.

I related the entire experience to a blogger friend back in March 2015.

It’s not easy to talk about being raped, especially right after it happens.

I didn’t tell anyone about what happened to me for eight years.

What Happened After I Was Raped

After I was raped, I was devastated. My whole world fell apart. I started smoking marijuana to cope with the emotional pain I felt. I started drinking too. I was able to get into bars because I was a mature-looking teenager who looked at least 19 with makeup on.

I would sleep as much as I could. When I was asleep, I didn’t feel pain. When I was awake, I tried to numb myself with drugs and alcohol. I know now that I could have done things differently, but I didn’t know that at the time.

I also felt ashamed. I felt like I was “damaged goods.” I felt like I didn’t have anyone to talk to, so I didn’t tell anyone what happened to me until I was 22 years old.

During those years, I fell into a deep depression, I quit high school four times (I kept going back each semester, then quitting because I missed so much school that I fell behind in all my schoolwork), I tried to kill myself when I was 15, I became promiscuous (looking for love in all the wrong places), and I had an abortion at age 16.

I mentioned all of these things when I “outed” my rapist. Here is a screenshot from that article:

I got pregnant a second time (at age 17), causing my parents to kick me out of the house. I saved money and got my own apartment, bought a bunch of baby stuff, and became a single mom (at age 18).

I also ended up on Welfare (government-assisted living) even though I got involved with prostitution. Because I wanted to provide a better life for my son, I went back to school, in a special program for single mothers. That program changed my life.

When My Journey to Healing Began

Maybe I should say one particular teacher saved my life. I had three teachers in that program. One was named Pat. She worked as a counsellor before becoming a teacher, and after I was in the program for a couple of years, she asked me about my past. She knew (somehow) that something bad had happened to me.

It took that special woman (and her special training) to get me to talk.

Because Pat and I had bonded so much over the years, I admitted to her that I was raped. She encouraged me to get professional counselling; she could only do so much for me as a teacher. So I did.

Pat was the most influential mentor I ever had. I looked at her as my second mother. She not only helped guide me with my schooling, but she genuinely cared about me as a person. I cannot describe how much I loved her for all she did for me.

When I Finally Started to Deal With Being Raped

Upon Pat’s urging, I found Susan, who became my counsellor. Susan and I met many times. I don’t know how many counselling sessions I had with her, but it was a lot.

At her request, I bought The Courage to Heal books (a textbook and an accompanying workbook), and we worked through the chapters together. (She would assign me a chapter or two to read at home, and I was to complete the accompanying exercises in the workbook. Then we would discuss the contents and my feelings about everything during our next session.)

After months of doing this, Susan asked me if I ever considered charging my rapist. I said, “No.”

She asked me if I wanted to. I thought too much time had passed, and it was too late to do so.

As it turned out, it wasn’t. Apparently, where I live, the laws allowed me to charge him, even years after the fact.

What Happened When I Charged My Rapist

I first met with the police and told them what happened to me.

I then met with the Crown Attorney, and charges against my rapist were filed.

It was happening; we were going to court.

We actually had to appear in the courtroom several times before the trial began. The case kept getting remanded, for different reasons.

Finally, some decisions were made, and the trial began.

My rapist chose to be tried by a judge and jury.

The woman who introduced me to my rapist (who I thought was MY friend) got up on the stand and lied… for him.

I had no witnesses. Only me. And despite the horrible crime he committed against me, the jury found my rapist “not guilty.”

Needless to say, I was crushed.

However, seeing him in the courtroom throughout the process of charging him and bringing him to trial brought me a small sense of comfort, because 1) I finally told the authorities what he did to me, 2) he was clearly worried that he was going to be found guilty of the crime he committed (and I enjoyed seeing him go through that hell), and 3) I found a lot of the closure I was looking for.

Charging My Rapist  Made Me Stronger

This is an odd thing to say, I know. But it did.

I no longer felt like a victim. I had a newfound strength.

I was a survivor, after all.

How I Moved On From Being Raped

I learned many different coping strategies during my counselling sessions. I also found writing was a good form of therapy and helped me cope with being raped.

With Pat’s help (and the help of my other two teachers), I was able to graduate from high school with honours. I won several scholarships and received many awards, too. (You can see a complete list on my BrandYourself Profile). I was even accepted into the program of my choice at university, so I went to university for 5 years and obtained two degrees (a B.A. and a B.Ed.).

I then taught high school for 3.5 years. During that time period, I learned that a few students of mine had suffered various forms of sexual abuse, and I was able to help them.

Being Raped Allowed Me to Help Others

I was also able to help others, in many different ways.

When I became a blogger, I shared my story about my suicide attempt.

Then I noticed a lot of people were reading it every day, to try and cope with their suicidal thoughts. So I wrote a book, to help them even more: From Nope to Hope.

From Nope to Hope

In this book, I share ALL of the strategies and techniques that I use (and still use) to help me keep my suicidal thoughts away, to help me cope, to help me move forward, and to help me be happy and successful.

You can use the same strategies and techniques I’ve used.

You can even read two chapters for FREE!

Chapter 8: Change Your Mindset by Using Positive Affirmations and
Chapter 9: Use Meditation, the Law of Attraction, and Visualization.

You can also watch a video and buy From Nope to Hope from my website… ON SALE!

Being Raped Shaped Me Into the Person I am Today

While I hated being raped (and all of the negative after-effects I endured), I found ways to move on and regain my sanity.

My journey took a long time, but that is only because I didn’t tell anyone right away. If I had, I’m sure my life would’ve taken a different turn… a turn in the positive direction much sooner!

Tell Someone and Talk About It

If you have suffered ANY type of abuse (physical, sexual, psychological), my advice is to tell someone. Going through it alone is awful. I know; I’ve been there.

Talking about it helps.

Please don’t make the same mistake of staying silent like I did. Otherwise, it will take you years to regain your sanity too.

Hand Picked Articles For You

How To Set Priorities And Stick To Them 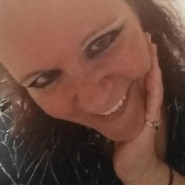 Lorraine Reguly, B.A./B.Ed., is an author and English teacher-turned-freelancer for hire. Her life journey is motivational and inspirational. Lorraine's book, From Nope to Hope , is a self-help book designed to help anyone who wishes to lead a happier life and contains a built-in workbook. Lorraine offers 4 different services on Wording Well , including writing/blogging, and editing. Check out her servicesand see what she can do for YOU. You can also visit her author site, Laying It Out There. And don't forget to pick up your FREE copy of 20 Blog Post Must-Haves today !

How to Achieve Exponential Results as a Leader

How Clara Became A Better Person Thru Loneliness

Broken But Beautiful: How Being Raped Helped Nancy Become Successful

How to Overcome Stress and Pressure This Year

How To Stay Active When You Start Getting Old

How to Improve Your Relationship with Your Spouse?